I started using the Road Back Recovery system about 2 years ago to come off Valium. I started on Ji ...
Apr 26, 2018Verified Purchase
See all Store Reviews
Sale

Nascent Iodine 30ml). Nascent Iodine is a safe, high-purity, consumable form of iodine that provides the many benefits of iodine in a rapidly absorbed, highly effective form. Acts as a metabolic regulator, detoxifier, antioxidant and cell protectant.

Nascent Iodine is an exceptional form of iodine that is rapidly absorbed by the body when taken as a nutritional supplement. It is associated with a diverse range of benefits, including support for thyroid function and metabolism regulation, boosting energy levels (when iodine is deficient), assisting and maintaining detoxification systems, improving immunity, and other benefits.

Nascent Iodine is consumable iodine in an atomic form rather than a molecular form. It is a highly bio-available, pure atomic iodine supplement in an energized state. This "charged" state is held by the atom until diluted in water and consumed, whereby it gradually loses energy over a 2–3 hour time span. During this time, Nascent Iodine is recognized by the body as the same iodine that is produced by the thyroid and is absorbed effortlessly by the body.

The importance of iodine to the biological function of the body focused historically on iodine’s role in the nourishment of the thyroid gland, particularly for the production of T3 and T4 hormones and the regulation of metabolism. However, as the understanding of iodine has progressed, its roles in the body are seen to surpass all previous conceptions, as it is both necessary for overall health, and a crucial component of detoxification processes.

Iodine is critical for human health, but is especially important now because it no longer is abundant in Western diets. Nascent Iodine is a form of iodine that is assimilable, effective, and easy to consume. This formula not only can redress states of deficiency or suboptimal levels of iodine in the body, but also directly can contribute to providing the optimal levels of iodine required for good health. Nascent Iodine is the fastest, easiest, and safest means to get your daily dose of iodine.

Use only as directed. Adults take 1 drop in water in the morning. Consult a physician for use in children under 12 years of age.

Do not use if safety seal is broken or missing. Keep out of reach of children. Keep your licensed health care practitioner informed when using this product. Do not use with a hyperthyroid condition. Do not exceed recommended dosage, or use if pregnant or nursing, except on the advice of a health professional.

Nascent Iodine is more effectively absorbed and utilized than other forms of iodine. We suggest starting at a low dosage and increasing it gradually. You might begin with 1–8 drops of Nascent Iodine and then increase your dose from that starting point. 10 drops is 4 mg of iodine. Users typically report excellent results taking a daily dose of 1 mg (2.5 drops) to 8 mg (20 drops) of Nascent Iodine. Your needs may vary.

Given the unique potency of Nascent Iodine, Dr. Brownstein’s recommendation of 12 mg to 50 mg of iodine daily can be considered a relatively high dosage when the form taken is Nascent Iodine. Dr. Brownstein notes that the average daily intake in Japan approximately is 14 mg per day. Yet, this iodine is mostly derived from seaweeds in the diet. Whereas he asserts that significant benefits begin to accrue at 12 mg per day (which he describes as having been established as the optimal daily dose for most people) (Iodine 205), we again note that Nascent Iodine is more effectively absorbed and utilized than other forms of iodine (e.g., potassium iodide), including iodine-containing foods such as seaweeds. We therefore suggest a dosage between 1 mg (2.5 drops) and 8 mg (20 drops) per day. If you consume a large amount of ocean vegetables (seaweeds, e.g., kelp), then your dosage correspondingly can be lessened.

Note that your needs for iodine may vary depending on many factors, including your current iodine status, ability to assimilate iodine, sources of dietary iodine, health conditions or toxic exposures (e.g., halides) that may deplete iodine stores in the body (or prevent iodine uptake), and various other factors. Your optimal dosage also may change over time or depending upon lifestyle choices. After you have determined the best dosage for yourself, then you can begin to reverse any condition of deficiency. You thereafter can enjoy the many benefits conferred by having the abundant iodine status to carry out the many bodily processes dependent upon this mineral. These metabolic processes are the foundation of your good health.

Tip: Take Nascent Iodine in divided doses throughout the day (but generally not after 4 pm). Dividing dosages ensures that Nascent Iodine remains active longer in the body.

Water Purification: Nascent Iodine purifies water because of its natural antiseptic properties. Add 15 drops per liter (or quart) of water. Let stand for 30 minutes if the water is clear or when its temperature is above 40 degrees (Farenheit). If the water is cloudy or the water temperature is below 40 degrees, then let the water stand for 60 minutes. Take Nascent Iodine along while traveling, camping, or wherever there is a need to improve water purity.


The importance of iodine to the biological function of the body traditionally focused on the role of iodine in the nourishment of the thyroid gland, particularly for the production of T3 and T4 hormones, and the regulation of metabolism. However, as the understanding of this nutrient progresses, we have come to understand that the roles of iodine in the body far surpass those roles it has been believed to fulfill. Iodine is not only necessary for overall health, but also is a crucial component of detoxification processes critical for sustaining life and health. Iodine is needed by the entire body to support health and healing...far beyond its critical role supporting metabolism and thyroid health.

Nascent Iodine Detoxification processes supported by iodine include detoxification of heavy metals and industrial chemicals, which can compete with iodine for uptake by thyroid receptors and elsewhere in the body. For example, the addition of toxic chlorine and fluoride to municipal water supplies, and bromine (a known goitrogen) to foods in processing, as well as the prevalence of other goitrogens (perchlorate, thiocyanate) in the environment (and the food supply), all may contribute to other than ideal uptake of iodine in individuals exposed to these chemicals (that is, almost everyone), and hence to iodine deficiencies. Such iodine deficiencies can contribute to the development of many (often seemingly unrelated) health difficulties and conditions, most obviously those involving the thyroid gland, metabolism and metabolic disorders, and thyroid-related conditions of the endocrine system. Because more than 90% of Americans are iodine deficient, Nascent Iodine is perhaps the ideal form of iodine, as it helps to rapidly overcome deficiencies rapidly and safely, and thereby can raise your iodine status to optimal levels! 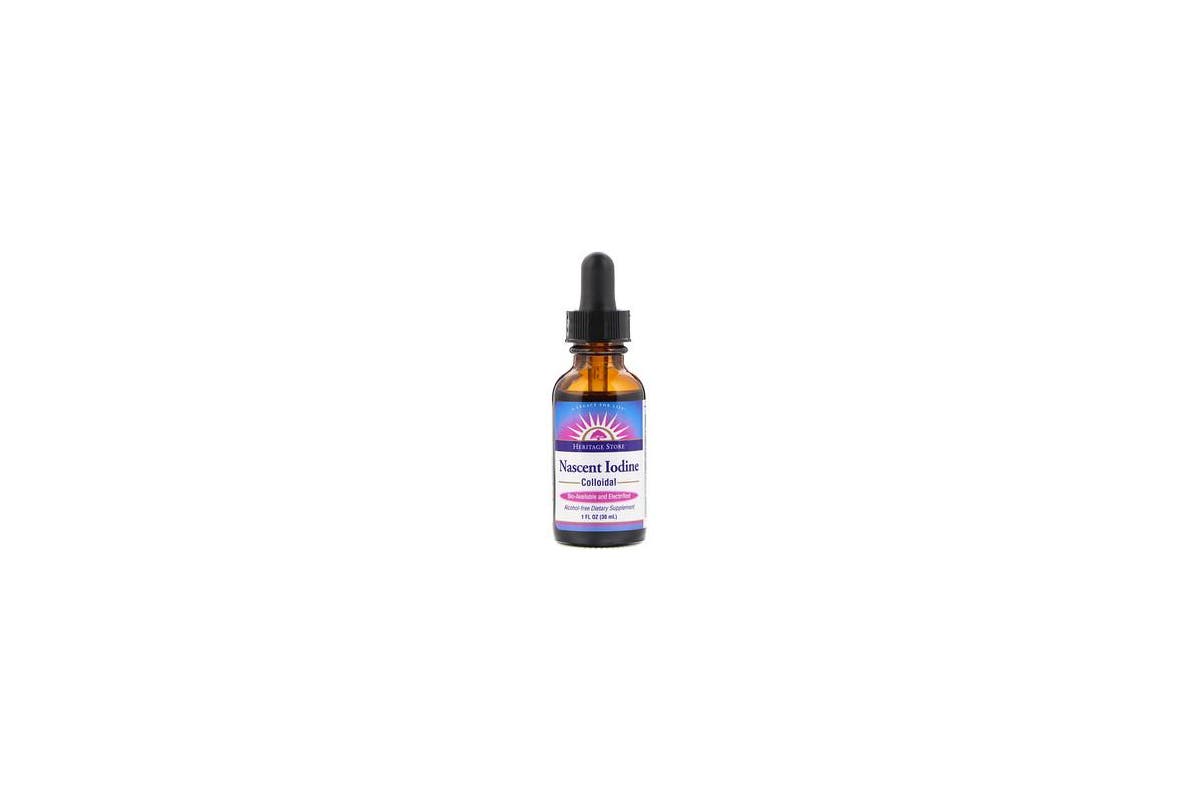