I started using the Road Back Recovery system about 2 years ago to come off Valium. I started on Ji ...
Apr 26, 2018Verified Purchase
Review By Imelda Purcell, 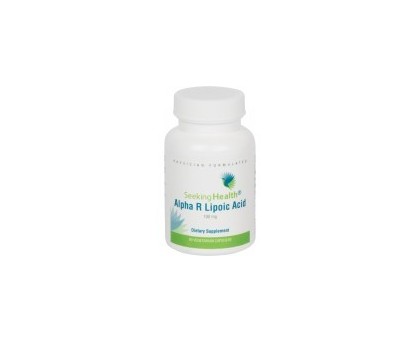 Alpha R Lipoic Acid is a highly bioavailable form of a broad-acting water- and lipid-soluble antioxidant, which provides intra- and extracellular protection throughout the body. It also helps regenerate other antioxidants, such as vitamins C, E and glutathione. And, as a coenzyme for energy production, Alpha R Lipoic Acid also supports healthy blood sugar levels.*

Alpha R Lipoic Acid is a highly versatile nutrient that functions as an antioxidant and is essential for energy production and glucose transport. Alpha R Lipoic Acid is a naturally-occurring sulfur-containing compound made by the body in small amounts. Dietary intake is an important source of alpha lipoic acid even in healthy people. Conditions such as aging and illness may increase dietary need for alpha lipoic acid. The R- isomer of alpha-lipoic acid used in this formula is thought to be more bioavailable due to its higher water-solubility, compared to the commonly used S-isomer.* Key Benefits and Actions of Alpha R Lipoic Acid:

These statements have not been evaluated by the FDA. This product is not intended to diagnose, treat, cure, or prevent any disease.

Suggested Use
Take one capsule with or without food any time of day or as directed by your healthcare professional.

Warnings
Store in a cool, dry place (59-85 degrees) away from direct sunlight. Keep out of reach of children.